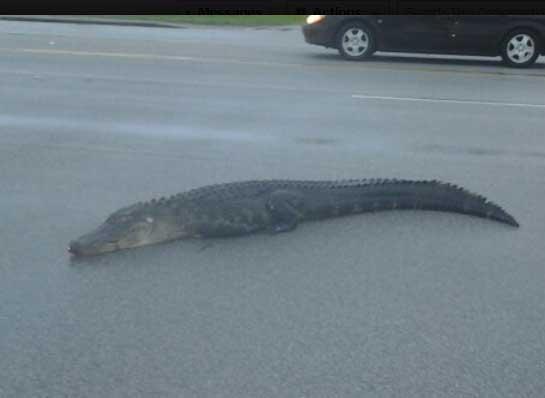 Sure, there are a few power outages, a little debris on some roadways, and minor flooding in the Charleston area, but for the most part Tropical Storm Andrea was a dud. It may have been hyped-up a bit much, but I’d rather be safe than sorry.

So far the biggest story has been about the storm’s lone victim – a 7-foot alligator. ABC News 4 had the first picture of the beast which was spotted in the middle of Ashley Phosphate Road near La Petite Daycare.

It’s still unclear whether the gator is dead or not, but authorities are working to remove it.

Nominations Have Started for the Giving Back Awards