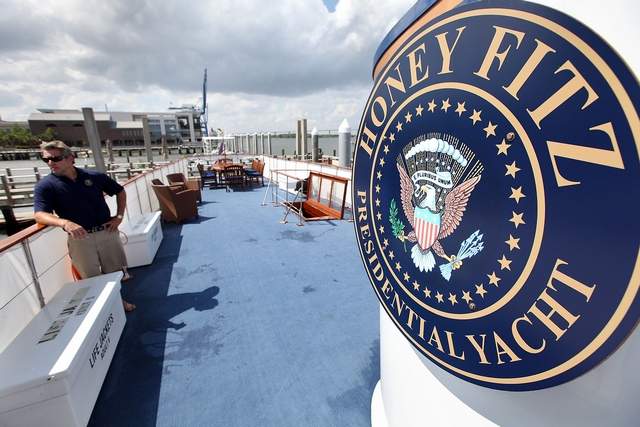 “Honey Fitz,” the former presidential yacht, was spotted at the Maritime Center yesterday by The Post & Courier.

The vessel is in town to raise money for two charities – Heroes Haven and Carolina Children’s Charity.

The newspaper says there will be pierside tours on Sunday from 11 am until 2:30 pm.

The yacht, which was named by President John F. Kennedy, was also used by Presidents Eisenhower, Johnson, Nixon, and Truman.  and Carolina Children’s Charity. (Wade Spees/postandcourier.com)

Follow us
Related Topics:charleston maritime centerhoney fitz
Up Next

Anniversary Tour & Album in the Works For Hootie & The Blowfish