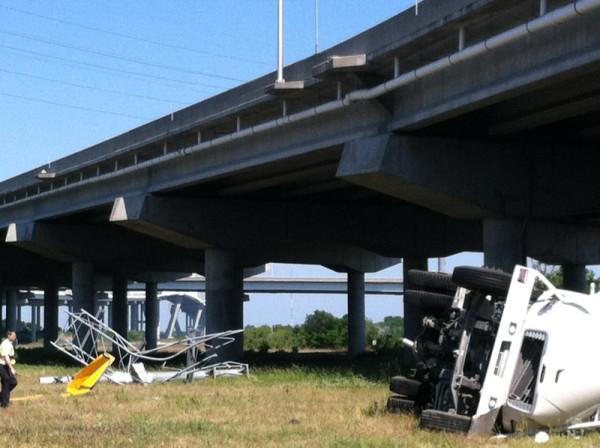 Looks like we have another issue on the Ravenel Bridge today…

A utility truck contracted by SCE&G fell off of one of the bridge’s off-ramps.

The Post & Courier’s Andrew Knapp reports that the truck had just left the bridge and was crossing above Morrison Drive when it careened over the wall on the Northbound side of the Septima Clark Parkway. At some point the truck collided with a road sign which was dragged over the wall too. There were two people trapped in the truck, but they were rescued and brought to the hospital. Their injuries are not thought to be life-threatening.