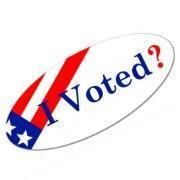 I Voted?, a documentary based in part on the 2010 US Senate nomination of Alvin Greene, will have a free screening and discussion tonight at 6:30 pm in Gage Hall.

Here’s how the Charleston City Paper, who had the scoop about this event, previews the film:

In 2010, a political unknown named Alvin Greene won the Democratic nomination for U.S. Senate with 61 percent of the vote. This documentary investigates significant questions that strike at the cornerstone of our democracy. Director Jason Smith will answer questions about our election process.

You can also watch the trailer for the film below:

Live Bait Reunites at the Windjammer