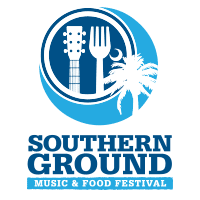 The Zac Brown Band has announced that their Southern Ground Music and Food Festival will be returning to Daniel Island on October 19th and 20th.

The third edition of the event will once again take place at Blackbaud Stadium and feature a vast array of bands and delicious foods.

As usual, The Zac Brown Band will headline each night of the festival and they’ve invited along some awesome musicians to join them.

UPDATE: 10/9/13 – John Bell of Widespead Panic and Jason Mraz have been added to the lineup.

Tickets are currently on sale. For more information, click here.

There is also a Nashville version of the festival, which you can learn about here.

The Killers to Play Daniel Island in August

Ditch the Happy Hour in Favor of Yappy Hour