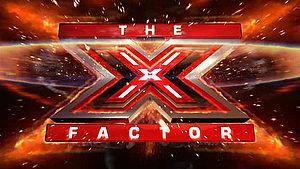 ***UPDATE, 5/21/13*** – The new hosts have been announced. Joining Simon Cowell and Demi Lovato will be Kelly Rowland and Paulina Rubio. Their first appearance will be today and tomorrow at the Charleston tapings.

The North Charleston Coliseum announced today that FOX’s The X Factor will host multiple shows at the venue next month. There will be four total tapings on May 22nd . ***UPDATE: 5/10/13***: The shows on May 23rd have been canceled. They will instead be held on May 21st at 1 pm and 5:45 pm.

Anyone who had tickets to the May 23rd shows should have received an e-mail with further instructions.

Admissions to all shows will be FREE.

Parts of the tapings will be used during the singing competition’s upcoming third season. Viewers may also end up seeing footage from auditions held in Charleston just last month.

Familiar faces Simon Cowell and Demi Lovato will be joined by the yet-to-be-announced new judges at all of the shows. Each recording will also feature some of the country’s best singers and musicians.

For more information on the tapings and/or to print free tickets, please click here.

Have a Naughty Night with “50 Shades! The Musical”

Yorktown Taken Over By Tigers!