Former Governor Mark Sanford has released a statement regarding the trespassing charges against him. Sanford was allegedly at his ex-wife’s home without her permission.

Stephen Largen of the Post & Courier posted the full text of his statement on Twitter, which you can read below: 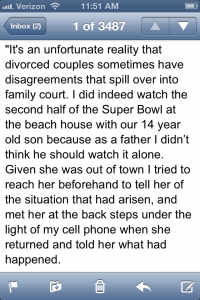 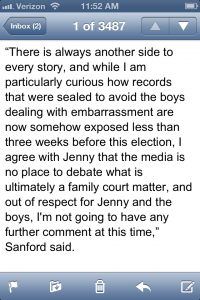 The statement is now available on the P&C’s website as well.

Meanwhile, ABC News 4’s Stacy Jacobson is reporting that Sanford said he was at Jenny Sanford’s home watching the Super Bowl with one of his sons while she was out of town. He claims he was unable to reach her to tell her he was at the house.