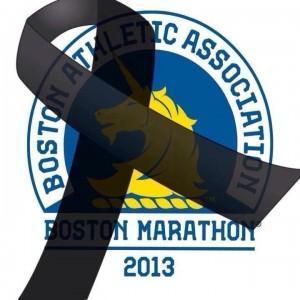 After watching the nonstop coverage of the Boston Marathon tragedy, Charleston resident Adrienne Levy was inspired to honor the victims of the bombings in the most fitting way possible – by creating an impromptu community 5k.

Levy came up with the idea for her “Run for Boston” after reflecting on the joy of last weekend’s Palmetto 200 relay, a team-based Columbia-to-Charleston road race.

“(After the Palmetto 200) I was feeling elated,” she said. “I love the race atmosphere, the spirit, the athleticism – everything.”

Unfortunately, the two-time marathon runner’s joy was short-lived as she watched the horrific news reports coming from the Northeast.

“I was devastated when I saw the tragedy unfold yesterday afternoon,” Levy said. “I woke up this morning wanting to do something and the only thing that made sense, was to go for a run.”

It wasn’t long before Levy realized that other runners felt the exact same way. Runners, particularly distance runners, are a different breed of human. While many of us lost the desire to do much of anything in the wake of the tragedy, Levy found plenty of runners coping with the day’s events by pounding the pavement. That’s when the idea came to her.

“Charleston has such a strong running community,” Levy said. “So it makes sense to join together to support the victims of the Boston Marathon and go for a run in honor of those who didn’t get to cross the finish line and see their dreams become reality.”

The event isn’t an “official” 5k, so everyone is invited to attend. There is no cost to participate, but if you want to donate, Levy suggested you consider the American Red Cross, the Salvation Army and/or the Boston Children’s Hospital.

Here are some other details about the race:

Dining Out for Life Charleston