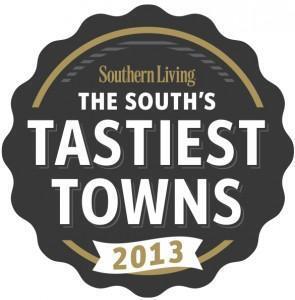 The Holy City was once again named one of the South’s Tastiest Towns by Southern Living.

Charleston came in 5th-place, while Durham, NC finished in the top spot. Also beating out Chucktown were Asheville (NC), Atlanta and Austin. Winners were determined by fan voting and will be featured in the May issue of Southern Living.

The magazine praised the city’s local-sourcing in the article and also mentioned some of its top chefs, dishes and restaurants. You can read the section on Charleston here.

The issue is due to hit newsstands on April 19th.

213 East Bay Fundraiser at The Alley

Ho Hey! The Lumineers are Coming to Charleston