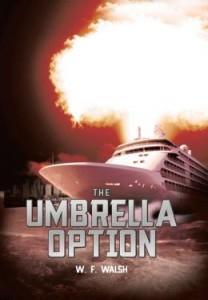 Live 5’s well-known weatherman Bill Walsh has added author to his list of titles. That additional descriptor is due to the upcoming release of his debut novel called The Umbrella Option (although the book is written under the pen name W. F. Walsh).

The book will be in stores starting on April 1st, but is already available on Amazon and Barnes & Noble.

I just learned about the novel from reading this week’s Charleston City Paper, so I have to defer to them for all the in-depth details. You should read their review of Walsh’s work here.

The City Paper also mentions that Walsh will be signing copies of his book at the Barnes & Noble in West Ashley on April 27th  from 2 pm to 5 pm.