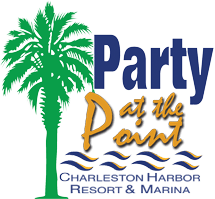 The Party at the Point concert series will make its return at the end of April and run through June. The events are held each Friday at 6:30 pm at the Charleston Harbor Resort & Marina. In addition to the live music, there are also food and drink vendors and great views of the water!

Admission is $5 and only cash is accepted.

This year’s lineup is  loaded with local musicians including Elise Testone, Sol Driven Train, Dangermuffin, Old You, Fowlers Mustache and many more!

Here is this year’s schedule:

***Canceled due to Tropical Storm Andrea***

You can go to the official site if you would like more info.

Under the Sun Tour Features Stars From the 90s