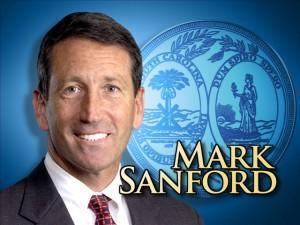 Although Mark Sanford was the top vote-getter in today’s Republican Primary for South Carolina’s First District, he hasn’t earned the GOP nomination yet. He did not achieve the mandatory 50% of the total votes to win his party’s election. He will move to a second primary to face a yet-to-be-determined opponent.

Regardless, it was no surprise to see Sanford moving forward. It was expected that the former Governor of the state would at least be one of the nominees in a run-off – if not the outright winner.

Sanford and his opponent will go head-to-head in the run-off election on April 2nd. The winner will go on to face Democratic winner Elizabeth Colbert Busch in the General Election on May 7th.

***UPDATE, 9:58 pm*** Multiple outlets are reporting that Curtis Bostic will be the other candidate moving on, but there are grumblings about a possible recount between him and Larry Grooms.

***UPDATE, 10:40 pm*** It appears a mandatory recount will take place due to the small difference between the percentage of votes for Bostic and Grooms.

***UPDATE, 11:11 pm*** Sanford finished with 37% of the vote, Bostic had 13.3% and Larry Grooms tallied 12.4%. An automatic recount is required between Bostic and Grooms due to there being a less than 1% difference between their vote totals.

Charleston Patch has the vote totals: