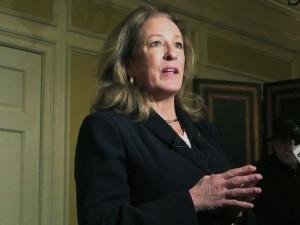 It was widely assumed she would win by a large margin and that’s exactly what occurred.

The South Carolina Radio Network said the election “was called for her after 60 percent of the votes were in and she had more than 96 percent of those. ”

Colbert Busch will await the eventual Republican winner who she will face off against in the General Election on May 7th.

Her victory party is currently being held at Mex 1 Coastal Cantina in West Ashley.