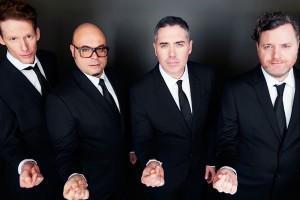 The Barenaked Ladies have announced the 2013 edition of their “Last Summer on Earth Tour” will visit the Family Circle Magazine Stadium on July 27th. The band will be joined by Ben Folds Five, Guster, and Boothby Graffoe.

Ticket information is not currently available, but some cool perks were announced for concert-goers. Each ticket purchase will come with an instant download of “Bummerang,” the Barenaked Ladies’ new single. All purchases also come with a voucher for the band’s upcoming full-length album.

The show is scheduled to start at 7 pm.

Here is Rolling Stone’s preview of the tour.

This announcement marks yet another concert for the tennis center this summer. Also playing at the Daniel Island facility this year are: Bob Dylan (5/4), O.A.R. (7/17), and fun. (9/24). There are also rumors that Hootie & the Blowfish will play there sometime this summer.