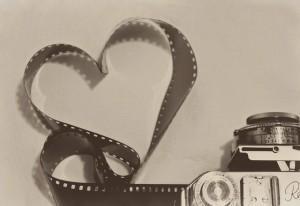 One of the features I have on my website is the ability to see what websites are referring visitors to me. For instance, when the amazing Joan Perry posted a link to my site on her blog, a handful of folks clicked on it. Since those people used her site to get to mine, I was able to see that and could go thank her for giving me a shout-out.

It’s rare that something surprising pops up in that section, but a few days ago that’s exactly what happened. I noticed I had a couple of views coming from the Personals section of the Charleston Craigslist. I had no idea why someone would be linking to my site from a personal ad, so I I had to see what was going on.

After some searching (side note – whatever you do, do NOT look through the other personal ads…it’s scary stuff) I found the post containing the link to my page. The post says:

I’m interested in finding a woman, 29-50, who may be interested in watching a movie at Terrance Theatre. The listing is as follows:

I was thinking about “Emperor”, “Late Quartet”, “Inescapable”, or “Yosi”.

in the subject line, type “reel to reel”. Send a pic, get a pic.

This guy is using my site to try and score a date! Clearly, I have no choice but to help him out.

So, come on ladies, get on it! We gotta hook this guy up! Even if the date doesn’t go well, you still get to see a sweet independent film during the Charleston Film Festival!

Also, if this guy does end up getting a date, don’t I deserve some kind of kick-back for providing him with the plans? What should my match-maker’s fee be?

Back in the Holy City