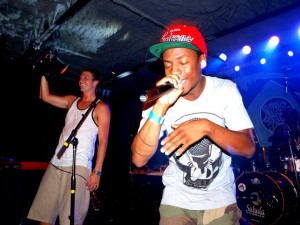 The Digitel Charleston reported that a music video from local rapper Righchus was chosen as an official selection for the SXSW Film Festival.
“Stroker’s Row,” which was directed by Taylor Engel of the local Movable Type Pictures.
The SXSW Festival will take place Friday, March 8th until Saturday, March 16th in Austin, Texas. “Stroker’s Row” will be screened on the 11th, 13th, and 16th.
Watch the video below: