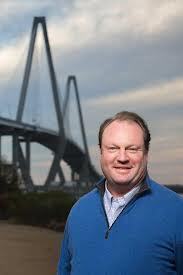 Think of this selection as a Leftover Jerk Of The Week.

This incident actually occurred a few weeks ago, but there were much bigger jerks to call out first.

So, the bonus jerk of the week is SC Representative Chip Limehouse.

Limehouse made a few headlines when he claimed US Attorney General Eric Holder hacked his e-mail.

Yup. He said the US Attorney General hacked into his e-mail account, because they care that much about him. Of course he provided zero proof of this. If anyone that high up in the government ACTUALLY wanted to hack into Limehouse’s e-mail, they could probably do so very easily and they certainly wouldn’t be caught by this schlub.

He is either really paranoid or he was just trying to drum up some press. Limehouse is one of the candidates running for the vacant SC-1 seat, so it’s not out of the question that this was a publicity stunt.

Follow us
Related Topics:chip limehousejerk of the week
Up Next

A lesson in semantics from Summerville Montessori School