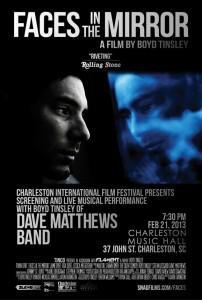 I defy you to not be inspired after hearing Boyd Tinsley talk about his film Faces in the Mirror. It’s impossible.

I recently spoke with the Dave Matthews Band violinist about the independent film he wrote, produced, and acted in and I could feel his exuberance as he spoke.

“This movie has somehow brought people together,” Tinsley said. “It’s created a lot of love amongst the people that made it, but also the people who have now seen it. All these people are invested in this movie. They love this movie and they just want to be a part of it. It blows me away. ”

Faces in the Mirror was not picked up by a major studio and it never received a theatrical release, but Tinsley believed in the film so he brought it on the road. He has hosted a series of sporadic “gatherings” in between DMB tour dates over the past year and has earned a number of new fans for his movie through the process.

The film is played at each gathering and then Tinsley jams with varying musicians and answers questions from those in attendance. The events have taken place in multiple states and on February 21st, Tinsley will make his first stop in South Carolina. The Charleston Music Hall will host the gathering at 7:30 that night.

It is refreshing and inspiring to see a wildly successful musician still pushing himself and working hard on a dream that he desperately wants realized.

“I’ve been a dreamer all my life,” Tinsley said. “I’m going to continue to 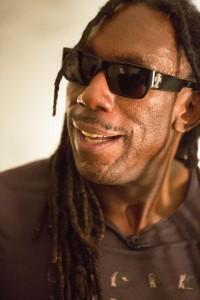 dream. Artists, musicians, and actors – we’re supposed to express ourselves and what’s inside of us. I want to always do that in whatever way I’m inspired to do it. That’s what my life is about. It keeps me alive.”

The most unique aspect to Faces in the Mirror is that the soundtrack came before the story was even finished. Tinsley had a general idea of what the movie was going to be about, but he didn’t want to make a traditional film. As a successful recording artist, he fittingly decided music was going to be the the driving force behind the film’s story. Tinsley gathered a group of musicians in the studio, gave them limited instructions, and pressed record.

“I wanted just the mood,” he said. “I wanted them to give me the mood that I was after. That’s the most important thing for me – how the movie felt. I told them (the musicians)  ‘I want you to go in and I want you to play, but play from the heart. If you’re head comes in and says, should I play this? Don’t even listen to that. Just play exactly what comes from the heart.'”

What followed was exactly what Tinsley was hoping for.

“It was magic,” he said. “Songs were just created on the spot. It was almost as if we had all known these songs and had all played them before at some point. It was pretty amazing.”

With the soundtrack in place, the rest of the movie soon followed and the finished product is quite unique. The story puts the viewer in the mind of man who is dealing with the guilt and sadness over the recent death of his father. With little dialogue, the characters’ mannerisms and the powerful music guide you through the complexities of human emotion, subconsciousness and fate. 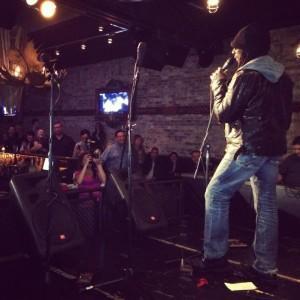 The visuals in the film are stunningly beautiful and at times can seem a little trippy or dream-like. At the same time, there are parts of the movie that look and feel more conventional. These contrasting looks were intentional. Tinsley described them as “two different realities of the same movie,” which were accomplished by the use of two different cinematographers.

Now, Tinsley is trying to share the labor of his love with as many people as possible. Once this chapter of his life is complete, Tinsley said he may write a book about the entire experience and will likely make more movies. For now though, he is ecstatic about Faces in the Mirror and is still in awe of how it all came together.

“It feels like this is exactly what is supposed to be happening right now and it’s a beautiful thing,” Tinsley said. “Honestly, it’s like I look back on it now, I mean I always believed, but so many things had to happen. It all happened and it’s changed my entire life.”

If you attend the Charleston gathering for his film, Tinsley’s drive, dedication and joy in his work may just inspire you and change your life as well. And that’s exactly what he’s hoping for.

Faces in the Mirror Gathering