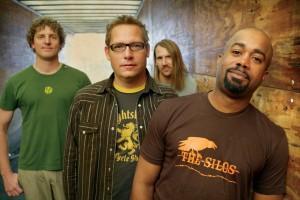 Tickets go on sale Friday, May 31st at 10 am. To purchase tickets, visit this website.

Hootie & the Blowish will once again play in the Charleston area this summer – this according to lead singer Darius Rucker.

Rucker responded to a fan on Twitter saying the band will perform in the city on August 23rd and 24th. Nothing official has been announced, but it is safe to assume the shows will be played at the Family Circle Stadium just like in years past.

This would be the 11th edition of the group’s HomeGrown concert series which raises money for area schools.

Last year, Hootie & the Blowfish invited several other bands to participate in the two-day event. Collective Soul, Justin Moore, Early Ray, Southwood and The Blue Dogs were also on the bill.

We should hear more in the coming months.