Just a day after area Republicans announced their SC District 1 debate, the Democrats are doing the same.

The debate will be held at 7 pm on Sunday, March 3rd at the Mount Pleasant Town Hall. The following candidates are expected to participate: Elizabeth Colbert Busch, Ben Frasier and Martin Skelly.

Moderators for the debate are Ashley Cooper, a former lieutenant governor candidate and current attorney; Ashley Byrd, news director for the SC Radio Network; and Lindsay Street, the senior local editor at Patch.com.

You can request tickets for the debate here.

Colbert: “Holy cow! My sister is running for Congress!” 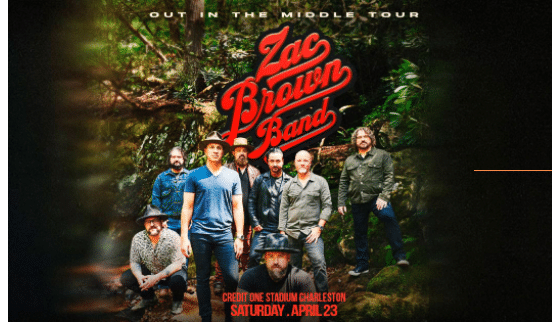 Zac Brown Band will bring their “Out in the Middle Tour” to the newly-renovated Credit One Stadium, formerly the Volvo...