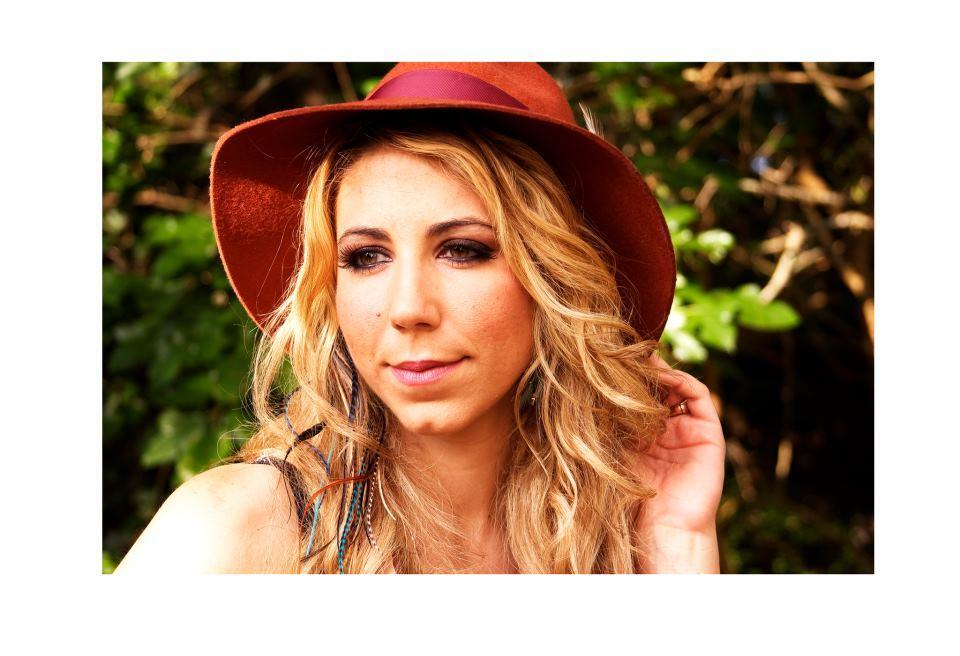 There may not be a more appropriate time than Valentine’s Day for Elise Testone to perform in Charleston. The love between singer and city is as strong as ever.

After a whirlwind year which included a deep run on American Idol followed by a 40-plus city tour, no one would have been surprised if Testone had packed up for another locale and never returned. Those who would have assumed that certainly don’t know about Testone’s affinity for the Holy City and her gratitude towards fans here.

When Holy City Sinner spoke to her last week, Testone was still raving about her adopted city of Charleston (she grew up in New Jersey). She said being a musician allowed her to choose where she wanted to live and Chucktown was still where she wanted to call home. It was fitting then that the chosen date for her first solo show in the city since American Idol wrapped is February 14th.

“I just wanted to thank (my Charleston fans) for their continued support,” Testone said. “They supported me through Idol and I was just hoping to give them something back on Valentine’s Day. You know music is my love, so if I could share it with everyone for being so supportive on my journey, then that’s what I’m gonna do.”

While talking with Holy City Sinner Testone was driving to Myrtle Beach to practice with members of her band. It may be a month before the show, but Testone and her band are already excited.

“For Valentine’s Day we’re really going to do it up,” she said. “We’ll show some local love. It’s going to be awesome.”

From bringing a 12-piece band on stage, to the promise of a local guests, the concert had created a buzz around town, but Testone said her anticipation stems from finally being able to showcase her improved live act with the hometown crowd.

“I am really excited to bring all the knowledge I acquired on tour and on the show,” she said. “I can bring it to Charleston and…just share with everyone my experience and show how I’ve polished up as a performer. Before, I was in so many bands and juggling so many things that I could not put 100% into one prospect. That is something that I have learned – to just really focus and to get that muscle memory down on how each song goes and grow together as a group.” 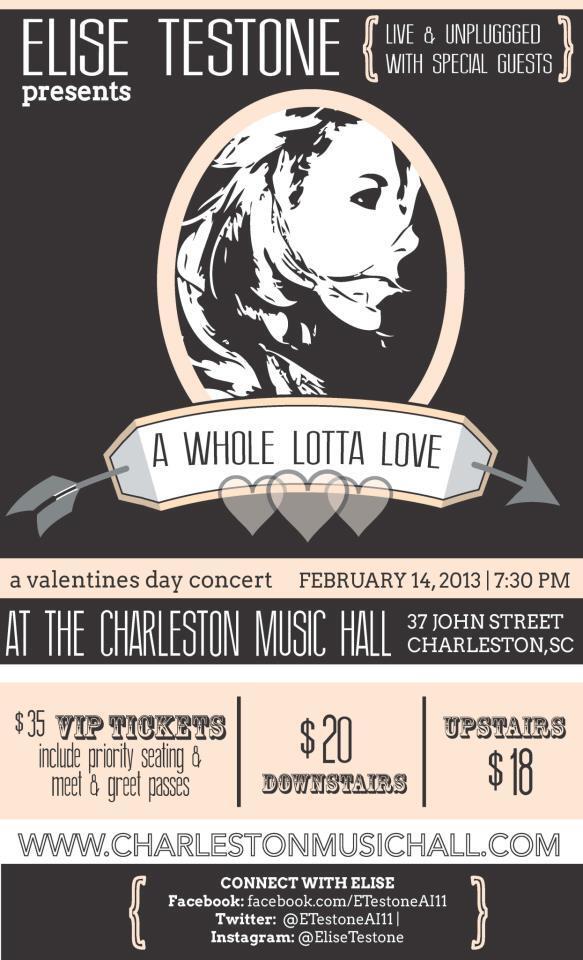 “The sound there is the best in town in my opinion,” she said. “I’ve seen (other shows there) and the sound was phenomenal. It was crisp; you can hear everything.”

Thanks to American Idol, Testone has become well-known for her stellar versions of songs like “Whole Lotta Love” and “Vienna,” but she also has a catalog of original compositions. This has left many wondering what exactly they will be hearing in the aforementioned acoustically-pleasing music hall.

According to Testone, concert-goers can expect about 12 original tunes and around 8 cover songs. Although many have only heard her perform other artists’ works, she’s confident fans will enjoy her own creations.

“Not that many people in Charleston have heard my original music, but everything is coming together in the songs as we rehearse and as we spend more time together.”

Testone has been hard at work on her debut album, but it seems she has been putting just as much effort into this homecoming show. She appreciates her fans and wants to provide them with the best show she possibly can because they have shown her so much love over the last year.

“The support is really awesome,” she said. “The fans are the most important part for an active career. It’s what it is all about. They’re reaching out to you, so I am really grateful for sure.”

Testone knows the best way to thank them will be to deliver a memorable performance on Valentine’s Day. Clearly, she has been feverishly preparing and is more than ready to do just that.