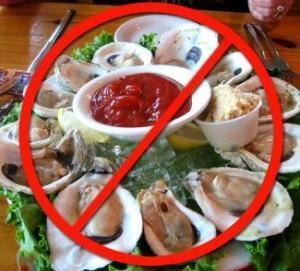 Oysters are still good, but the Oyster Festival is not

This past Sunday was my fourth or fifth time at the Oyster Festival and it will probably be my last.

Each year the traffic and crowds have grown and the novelty of the event has worn off a little more. These factors have added to the festival’s shortcomings and increased this attendee’s frustrations.

Throughout the day I kept asking my girlfriend, “Why do we keep coming back to this again?” By the end of the day we had no answer.

The larger crowds meant even worse traffic than in years past. Cars were snarled around Boone Hall Plantation for hours. Areas people expected to be open for parking were quickly filled and closed. This forced officers to reroute traffic to other entrances, which made the wait even longer for those arriving any time around or after noon.

Things got slightly dangerous near the Route 17 entrance. People who intended to park there became frustrated when they were turned away and many of them started parking across the street in front of abandoned or closed businesses. This led to people zig-zagging through multiple lanes of traffic to get into Boone Hall.

Many of those who waited in traffic were then forced to wait in line before they could take a bumpy hayride into the festivities.

Once inside, the crowd was mostly well-behaved, but there were just far too many people. Even the most well-mannered attendees will get on each other’s nerves when personal space is virtually nonexistent. People are constantly walking over, around, and through each other. There are a few spots at the plantation to avoid the crowd but then you’d  be far from the food, drinks and entertainment that brought you there in the first place.

Once you decide to venture away from your spot you are pretty much always in a line of some sort. You’re in a line from the moment you stand up from your chair. I’m not joking. There’s a line to get to the other lines.

Want to buy festival tickets to use with the vendors? Ready to buy a bucket of oysters? Time to go to the bathroom? Expect a long friggen line at every one of those locations. It’s the same story when you finally decided to leave.

The Oyster Festival can still be fun because it has plenty to offer and they try to keep it fresh. For instance, a new giveaway was added this year and a much-needed children’s section was added this year, which I’m sure was a welcome respite for many parents. Plus, the food options are always fantastic and the beer is constantly flowing.

Despite all of that, the Oyster Festival has gotten too big for my taste. A lot of my fun is stifled due to the huge crowds. I wasn’t alone with this sentiment either. I heard numerous people complaining at Boone Hall and read complaints online. Many of those complaints centered on the fact that the event ran out of oysters around 3 pm – that’s two hours before the event officially ended.

I don’t have the answers to fix the festival’s problems – well, not good business decisions anyway. My girlfriend had the best idea, which was to cap the tickets to the event, but that would mean less money for everyone who profits from festival. Clearly, the festival organizers would never do anything that would cut into their profits, so don’t expect any worthwhile changes.

The Oyster Festival and I have had a nice run, but it’s time to call it quits. The fun no longer outweighs the stress.

*Ok, I concede that “never” is a long time and things could change, but for the foreseeable future I will not be going back to the Lowcountry Oyster Festival.