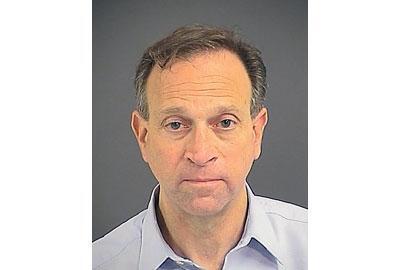 ***UPDATE 2/1/13*** Our first ever Jerk of the Week is not disappointing. Multiple news outlets are  reporting he was booked on charges of embezzlement of public funds.

I’ve decided to start a new feature called the Jerk of the Week because, well, there are a ton of jerks out there. My first choice could have very easily been Sheriff Al Cannon, but I figured I beat him up enough the other day.

So, instead the first Holy City Sinner Jerk of the Week is Charles Karesh.

Karesh is the former president the Charleston Animal Society who “quit” in late 2011 after a whole bunch of money (almost $70,000) went missing from the organization. Oddly enough, that is NOT why he is the Jerk of the Week.

No, Karesh has earned that particular distinction after getting arrested last week for repeatedly spitting soup on a former CAS board member’s car. You don’t have to reread that, you got it right the first time – He was spitting soup on some one’s car. The official charge is malicious injury to property.

The owner of the car is Hilton Smith who told police that Karesh held a grudge against him and his method of revenge was the alleged soup spitting. Smith also claimed that Karesh spit soup on his car at least six times, which damaged the paint.

So let’s recap. Karesh holds a grudge against a former coworker. He decides to spit soup all over that gentleman’s car. Intentionally damaging someone’s property is already a super jerk move, but doing it in such an odd manner makes it seem even more ridiculous.

Plus it leads to so many questions…

What kind of soup?

Did he heat it up first?

Why did he have to spit it? Wouldn’t it made more sense to just dump the soup straight from the can or a bowl? It just makes no sense!

Charles Karesh, for being such a weirdo, you are the first HCS Jerk of the Week.

Follow us
Related Topics:charles kareshjerk of the week
Up Next

The Lowcountry Highrollers Need Your Help

Cannon Petition To Be Featured on CNN