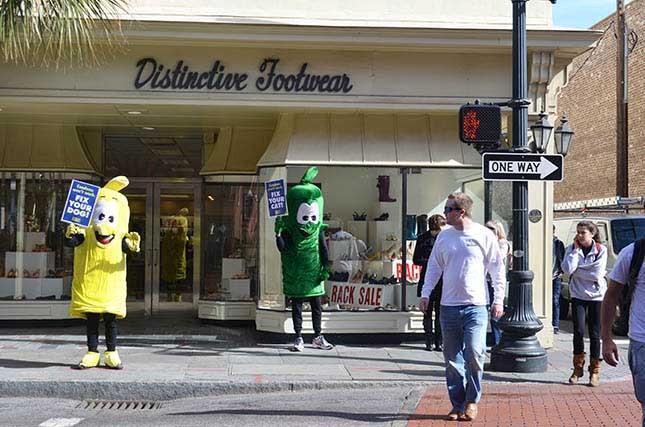 PETA drummed up some attention today on the corner of King and George Streets.

The organization was downtown trying to remind people how important it is to get your pets fixed. They did this by having two of their members dress-up as large condoms.  The green and yellow “rubbers” handed out pamphlets regarding animal birth control.

ABC News 4 has the hilarious story including some priceless reactions from people passing by.

Here’s my favorite part of their story:

“While walking past the demonstration, one mother rushed her children past the colorful characters. When her little girl asked what they were, her mom simply said ‘It’s a pepper, honey.’

‘Can I pet the pepper, mommy?’ the little girl asked. ‘No, we don’t have time for that,’ her mom answered hurriedly.”

You can read the entire article  HERE.

Should He Stay or Should He Go Now?