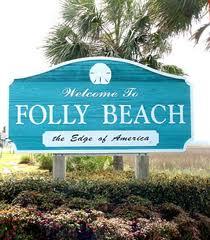 You may already be well aware of Folly Beach’s previous follies, but if not you can read all about them HERE.

Now that you are caught up, get ready for another blunder.

The Folly Beach City Council is expected to finalize a parking agreement tonight that is upsetting many in the community.

WCBD is reporting that Pierce Parking has won the bidding for parking rights in the city between two other companies.

Based on projections WCBD saw between Pierce Parking and one of the other companies, the city would “collect less money with the new contract, prices would go up for beach goers on both bids, and both bids lock the city into a two year agreement.”

Apparently, if the City Council isn’t satisfied with the company’s work, they can back out of the agreement within 60 days. This stipulation only refers to their actual work, not the original agreement. So, if the city does not like how little money they are seeing from this partnership, they are out of luck for two years.

Meanwhile, visitors may have even more reason to stay away from Folly Beach – their parking prices are expected to go up.

Bravo, City Council. You were already seeing your businesses lose money after your booze ban and now you are approving an agreement that will drive up parking prices as well? And you can’t even justify the price hike by saying the increase will benefit the town, because it’s collecting LESS money under this bid than the other.

Looks like a lot of people will be spending more time at Sullivan’s Island and the Isle of Palms this year.

Follow us
Related Topics:folly beachfolly beach alcohol ban
Up Next

PETA Takes Over King Street With Their Condoms