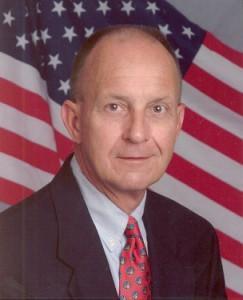 The Charleston City Paper has got me thinking of that classic Clash song today after I read their piece about Charleston County Sheriff Al Cannon’s statement on gun control and its aftermath.

The day after President Barack Obama announced his plans for gun control, Sheriff Cannon said that he would not support or enforce laws that he considered “unconstitutional.”

In the same press conference he claimed Columbine was “a bombing incident except it didn’t go off. It was not a firearm incident.” Although his claim that there was supposed to be a bombing connected with the 1999 tragedy is true, the killers’ plan always involved shooting people. It’s not far-fetched to think some people in that community (or Newtown or Aurora or Littleton or Blacksburg…) may take issue with his statement.

Not surprisingly, his comments have angered many in the Charleston community as well. A petition requesting Sheriff Cannon resign was created and was up to 309 signatures when this piece was published.

Undoubtedly, a few of these folks are compounding his recent statements with his August arrest for assault and battery over an incident in which the sheriff allegedly slapped a handcuffed suspect.

Meanwhile, a counter-petition requesting that the sheriff stay in his position has since been started, but only had 95 signatures.

Feel free to go support whichever petition you like, but know it probably won’t make a bit of a difference. It’s rare that an online petition actually influences any real change. It sure makes for good entertainment though!

Now for my soapbox moment…

Sheriff Cannon also compared gun control to obesity by saying: “Why do we need three forks when one will do fine? Maybe that’ll cut down on obesity.”

Although you may see the point he is trying to make, his statement is utterly ridiculous. This demonstrates exactly what is wrong with the gun debate in this country. Idiotic analogies, metaphors and comparisons are prevalent everywhere you turn and very few real discussions are being had. It’s one thing to see some jabroni online spouting off like a moron, but it’s even more annoying to see someone with some form of authority, (alleged) intelligence, and influence parroting the tired and nonsensical “zingers.”

I honestly don’t mind listening to either side of the debate when they make sense, but assertions like this just make Cannon look stupid. I can’t respect a person’s opinion when the best they can do is repeat a woefully inept comparison.

PETA Takes Over King Street With Their Condoms

Skeeball League Starting Up at The Alley