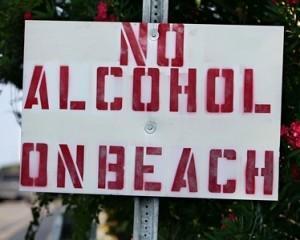 Some Folly Beach residents are showing that not all of them are nuts by proposing a much more reasonable and thought-out plan for alcohol use on the city’s beachfront.

The town completely banned alcohol after a July 4th melee, but the move hasn’t solved any of their problems and, in fact, has added even more. The Folly residents in favor of the ban gave reasons that were hyperbolic and off-base. I don’t disagree that some people were out-of-control with their drinking on the beach, but there were less severe ways to deal with the problem.

Thankfully, a new group of residents called “Voices of Reason – Folly Beach” has started the discussion of allowing alcohol on a limited basis. According to the Post & Courier, the group “advocates allowing alcohol after 4 p.m. on weekends during the summer, all day during the week, but a total ban on the major holidays of Memorial Day, July 4th and Labor Day.”

In other words this is the referendum that should have been presented months ago instead of the knee-jerk one that was quickly pushed through. It’s amazing what a little time, reflection, and rational thinking can accomplish.

“Voices of Reason – Folly Beach” will hold a meeting TONIGHT at 7 pm at the Tides hotel on 1 Center Street to discuss their ideas and have residents sign their petition. They will need more than 300 signatures of Folly Beach resident-voters to even be allowed to present it to  the City Council.

Follow us
Related Topics:folly beachfolly beach alcohol ban
Up Next