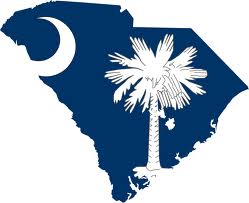 About two weeks after I wrote a “celebration” of South Carolina politics, The Washington Post has published a piece about the most “interesting states in politics,” and guess who’s on top?

That’s right, South Carolina was named as the most interesting state when it comes to politics. Sadly, this is not a proud designation.

The list was created after receiving entries from readers who explained why their state deserved to be on the list. Here are the entires that pushed the Palmetto State to the top:

“Clearly South Carolina is the most interesting and has been for years. Where else can a person like Alvin Greene be connected by ‘six degrees of separation’ from statesmen like Andrew Jackson and John C. Calhoun, all by using relevant political persons/hot issues of the past 30 years? That’s right: Nowhere.

“After all, the quote that has been true for the past 150 years, as stated by former congressman and anti-secessionist James Petigru in 1860: ‘South Carolina: Too small to be a republic, too large to be an insane asylum.’”

I have a feeling we may not be trumpeting this like some of our other list-toppers.