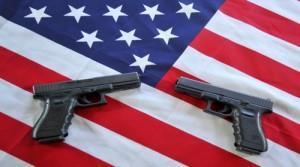 As I’ve mentioned previously, the shooting in Newtown, CT hit a little closer to home for me than previous tragedies of a similar nature. Between that and the massacre in Aurora, I began thinking about guns and their place in American culture. It’s a topic I hadn’t researched extensively or thought about much until now.

Although the following may make me appear to be completely against firearms, that is not the case. These are just some things I’ve found and figured I’d pass along. Many in Charleston have found themselves thinking about this issue, especially after North Charleston decided to station police officers at every elementary school.

I don’t have the answers, but the numbers and stories found below are, at times, shocking and anger-inducing. Something has to be done. I’m not smart enough to know what needs to be fixed, but I know there’s a problem with our country’s culture and it needs to be fixed.