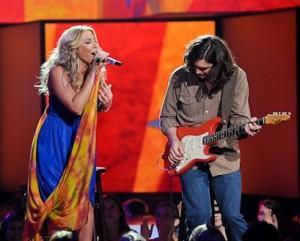 Elise Testone, a one-time Mount Pleasant resident who wowed the country on American Idol, will be returning to the Holy City for her first solo concert since the reality show ended.

Testone will be performing at the Charleston Music Hall on Valentine’s Day (2/14/13) at 8 pm.

Although this is the singer’s first solo show in the city since American Idol wrapped, she has performed here at least twice. Testone joined her Idol-mates in August for a tour stop at the North Charleston Coliseum and also guested with The Dead 27s at The Pour House in November.

For more information about her upcoming show, click HERE.

Follow us
Related Topics:charleston music hallelise testonelocal musicmusic
Up Next