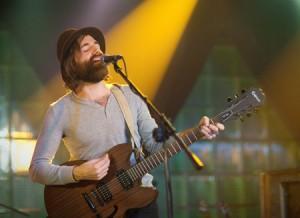 Popular Charleston band Crowfield announced today that they would be calling it quits. The group, who was recently named the city’s Rock Band of the Year, will go their separate ways after a final run of three shows, including a finale in Charleston on March 15th.

The band had been teasing a major announcement on their Facebook page over the last few days, but few, if any, of their 4,400-plus fans on the social media site knew that this was coming.

Those fans will have a handful of chances to say goodbye to the band as they close out their careers with a trio of shows in the Carolinas. Crowfield’s final shows are as follows:

The group will certainly be missed. They were one of my favorite local bands and Tyler, the lead singer, was always welcoming and helpful when I spoke with him.

Good luck in the future to you all!

Videos from Both Polar Bear Plunges