“South Carolina, too small to be a republic, too big to be an asylum.”

– James L. Petigru, after the state’s secession from the American Union, 1861 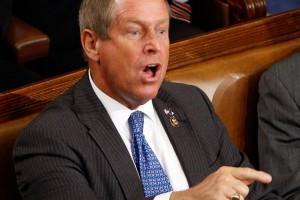 On Saturday, I mentioned Senator Lee Bright’s head-scratching gun control bill and it reminded me of some other…shall we say…”interesting” moments.

In honor of this latest proposal, here is a list of my “favorite” South Carolina political snafus:

And those are just the ones I remember..