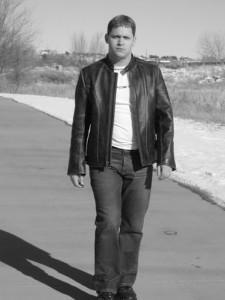 For those of you who follow me on Facebook and/or Twitter, you may recall that I periodically promote a national internet radio show that is hosted by my friend Topher Cassidy. The show, “No Rules, Just Mics” airs on Tuesdays at 8 pm EST through the Uncensored Radio network.

Cassidy started as an intern and worked his way into more expanded roles. He has also been steadily growing his presence in the Holy City via his Twitter account.

Full disclaimer – I now co-host the “No Rules, Just Mics” radio show with Cassidy, so this post is a bit of self-promotion. However I think Cassidy, being a Charleston resident and creator of the show, makes for an interesting subject.

Topher Cassidy: Uncensored Radio (UCR) is an internet-based radio network that is home to multiple show. We takes on the hot topics that are on your mind with a lively, nightly discussion. No topic is off limits – from current events, celebrity gossip and interviews. Also, listeners are encouraged to voice their opinions by calling in to be on-air or by typing in the show’s chat room.The shows are all hosted blogtalkradio.
Where did the network get its start?
It was created by a guy named Jeff Emmette from Auburn, NY. After teaming up with some celebrities, he was set for success. Joining Jeff was the beautiful Katrina A. Johnson (All That) and the multi-talented Karan Ashley (Mighty Morphin Power Rangers). Their first show was “Your Guiltiest Pleasure, Uncensored Radio” which aired Monday through Friday.
After adding Jake Pentland, (Roseanne’s Nuts), on Saturdays, they now had shows to air six days-a-week. That lineup has been going strong for about a year-and-a-half and their audience spans across the globe with upwards of 80,000 fans.
How did you get involved with it?
I got involved with the show kind of accidentally. I started listening to the show because of Karan Ashley. I was a huge Power Ranger fan when I was younger and after I found out she was doing UCR, I couldn’t resist. I tuned in and was immediately hooked.
Shortly after I submitted a video to the UCR crew about how I would be an amazing guest host. I was chosen to be a guest on the show and loved it. It was long after that that I became an intern and then a productions and promotions member, promoting the show and getting guests like Adam Bouska from the amazing LGBT organization NOH8 Campaign. As I worked my way though the foreign territory that is internet radio, I began to lay the stepping stones for my own show on the network.
After a while “No Rules, Just Mics” was created (I have to give credit to a very good friend of mine, Travis, for coming up with the name).
Were you worried about hosting your own show?
Yes! I had a lot of restless nights because I was worried about how someone with no fame was going to produce a radio show.
When did you decided you wanted a co-host?
There was a point shortly after coming up with the concept that I realized I needed a companion to help me produce this show. There was only 1 person that I could think of, which was my very good friend Christian. After collaborating with him, we had a solid foundation and aired our first show on October 30th with great reviews!

What is your show about?

“No Rules, Just Mics” is THE no-rules radio show that brings you the latest topics on entertainment, hot topics, and even a few guest hosts. We bring our listeners the fun and off-the-cuff commentary listeners expect from an Uncensored Radio show.
Why should people tune into your show instead of traditional radio?
Because it’s internet-based radio. It has none of the restrictions, regulations or guidelines that regular FM/XM/AM have. We can talk about whatever we want without being censored. It’s a great platform for shows to talk about edgy, provocative and controversial topics that you wouldn’t normally hear on traditional radio stations.
Due to the Christmas Holiday “No Rules, Just Mics” will air TONIGHT at 9 pm EST before resuming their normal Tuesday at 8 pm EST slot. You can listen HERE.

Follow us
Related Topics:no rules just micsuncensored radio
Up Next

Interview with Will Morrison of Home-Ped