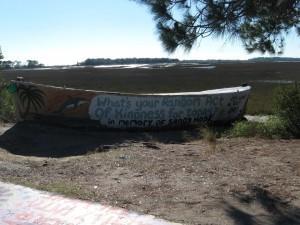 It seems Ann Curry of NBC News has inspired countless people to participate in a movement honoring the victims of the Newtown, CT school shooting.

Curry posted the following on NBCNews.com:

Newtown’s heartbreak has a lot of us asking, “What can I do?” Thinking about this, I took to Twitter and asked people to imagine what would happen if all of us committed to 20 acts of kindness to honor each child lost in Newtown. I added, “I’m in. If you are, RT #20Acts.”

Tens of thousands of people on Twitter and Facebook not only seized the idea, they increased it to #26Acts…

Sure, Curry probably borrowed this idea from the novel (then movie) Pay It Forward, who also borrowed the concept, but who cares – she has used her celebrity to inspire people all over the world to not only be kind to their fellow man, but also to honor the 26 people who lost their lives last Friday.

If you follow the hash tags listed above (just click on them), you will be amazed at how many people are participating and what incredible things they are doing.

The most impressive act I’ve seen so far involved a man from California buying coffee for 100 PEOPLE in Newtown.

After Friday many of us were questioning our faith in humanity, but if anything positive does come out of this tragedy, it’s that the good in the world still outweighs the evil.

I set-up a donation page for the Sandy Hook School Support Fund before I saw Curry’s piece, so I’m starting fresh and I recommend you all do the same.

So, what do you say Charleston? Let’s join the rest of the nation by showing random acts of kindness to not only keep the victims in our minds, but also to motivate others to do the same.

After you’ve done your act, be sure to post it to Twitter with the appropriate hash tag and let me know about it (@HolyCitySinner) and maybe add #26actsCHS to your tweet so the whole country can see how great the Holy City is.

If you prefer to stay anonymous, that’s fine, but telling others what you have done may inspire them to pay it forward.

Follow us
Related Topics:#20acts#26actsconnecticut shootingnewtownrandom acts of kindness
Up Next