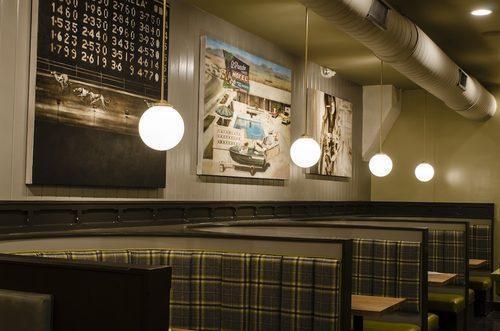 Eater Charleston is saying the mysterious restaurant on King Street, The Rarebit, will be opening tonight. The website also posted exclusive pictures from inside the restaurant, which you can see HERE.

The Rarebit has a 1960s dog-track theme and their menu will be “diner-inspired.” Here’s what Eater Charleston is reporting based on their conversation with owner John Adamson:

“You’ll see anything from tomato soup and grilled cheese to chicken and waffles, steak and a pork chop and breakfast all day. Adamson wanted to keep plates in that ‘mid-range,’ so the thin burgers are $4 (a double stack is $6) and entrees are between $10 and $15. At the helm in the kitchen is Mike Gaia, who was the sous chef over at Mount Pleasant’s 17 North.“

They also reported there would be plenty of cocktails under $10 and, sticking with the racetrack theme, plenty of mint julep options. It seems to be a uniquely designed and affordable option on King Street, which tends to be rare.

Wentworth Mansion the Latest to be Honored