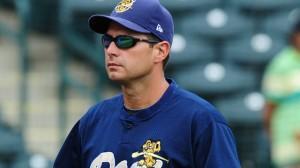 Greg Colbrunn better have an affinity for that dirty water in the Charles River, because today, the Boston Red Sox announced the signing of the former Charleston RiverDogs hitting coach.

Colbrunn spent the last six seasons with the RiverDogs and lived in Mount Pleasant. He was the hitting coach in Charleston, but spent one year as the manager (2010). Colbrunn also played 13 seasons in the MLB, including 2001 with the World Series Champion Arizona Diamondbacks.

In Boston, Colbrunn will continue his role as hitting coach under new manager John Farrell.