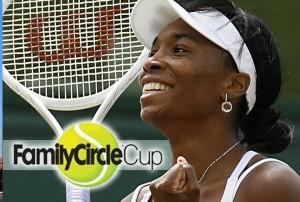 The 2013 Family Circle Cup has already had its schedule released and now it’s time for the player confirmations to start rolling in. Two big names have now been announced. Venus Williams, who won the tournament in 2004 and Samantha Stosur, the world’s # 9 ranked player, have both committed to the cup.

This year’s tournament will run from March 30th until April 7th and, as usual, will be played in Daniel Island.

The Alley has FINALLY Opened!