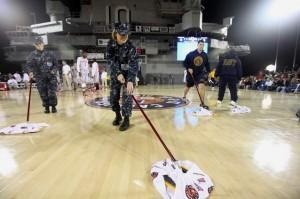 The Carrier Classic aboard the USS Yorktown concluded much earlier than expected this past Friday as condensation on the court forced the cancellation of the event. The women’s game between Notre Dame and Ohio State concluded without incident, but the men’s game that was supposed to feature Ohio State and Marquette was called before it even began.

The first game ended with the Fighting Irish winning 57-51. As for the men’s game – it will not be made up and there has been no word about refunds for ticket-holders.

Despite the abrupt ending, the Post & Courier was able to get some phenomenal photos aboard the USS Yorktown, which you can see HERE (women’s game) and HERE (men’s game). 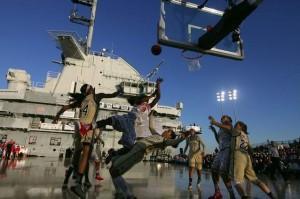