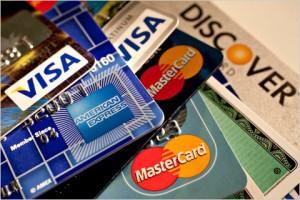 The Post & Courier, who have been doing an AWESOME job covering this entire scandal, are reporting that we may be seeing the first signs of the identity theft in action.

At this point, it is impossible to know for sure if the occurrences are related to the SCDOR security breach, but the coincidence is worrisome.

Here are some excepts from the article, which you can read in it’s entirety HERE.

D’Shonda Edmondson never left Charleston County Wednesday, so she knows it wasn’t her who racked up a $700 tab on her dime at a French nightclub some 4,000 miles away.The mother of two can’t be sure the bogus charges on her bank card are tied to the recent cyber-attack on state computers that have placed millions of South Carolina taxpayers at risk. But the timing is mighty suspicious, she said.

—
She wasn’t sure how to report the theft to law enforcement, which agency to call, or if anyone was tracking fraud associated with the breach…Others contacted The Post and Courier with similar concerns Thursday….But little had been said about who to contact to pursue the criminals if and when the actual fraud occurs…State officials had to do some checking themselves on this issue when contacted Thursday. Late in the day, SLED spokesman Thom Berry said people who want to report fraud resulting from the tax-record breach can call SLED’s main number at 803-737-9000 and they will be directed to the agency’s computer crimes unit.

The newspaper also warns that predators are out there trying to pounce on this situation, so be wary of any strange phone calls or e-mails:

A Mount Pleasant woman got a disturbing call this week from a foreign-sounding person who claimed to be with Medicare and wanted to know her bank account number. He hung up when she questioned him.

Another reader passed along an email he received, supposedly from Discover, warning him about “significant recent transfers” on his card and directing him to a website to register for information. He knew it was a scam because he doesn’t hold a Discover card.

Ok, seriously, is this just an elaborate prank?