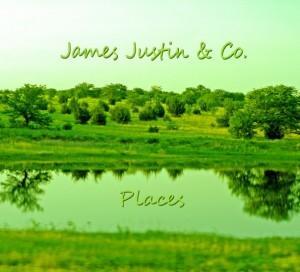 James Justin & Co., a Virgina-based band with ties to Folly Beach, will be holding an album release concert at the Pour House on Thursday. The show will be a celebration of the completion of the band’s third CD. That new album, Places, won’t be available for purchase until October 11, but anyone going to the September 20th show will receive the CD as an added bonus.

It’s very fitting that the band is holding an early album release concert in Charleston since the band calls Folly Beach home. Plus, the group has had clear connections to the area from the beginning. Their debut album, Southern Son, So Far, was recorded at Plowground Productions Studios in Johns Island and featured Holy City heavyweights Ben Bridwell (Band of Horses) and Dangermuffin.

Tickets for the show can be purchased HERE. Charleston residents Mac Leaphart and Howard Dlugasch will serve as the opening acts for the 8 pm show. Admission is $10 in advance or $12 at the door. The Rusty Hook Ramblers will be playing a FREE show on the Pour House deck at 5 pm to start the celebration.

Can’t afford the $10 price tag? The Pour House is offering you a chance to win FREE tickets! Head over to their Facebook Page for more details.

In the meantime, if you’d like to preview James Justin & Co.’s Places, you can listen to 4 of the album’s songs below!

Follow us
Related Topics:james justin & cothe pour house
Up Next