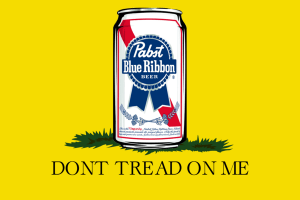 Here are some of the best social media reactions to the Folly Booze Ban:

–Mama Awesomesauce (@JaneticsInk): I lived on folly beach and the drinking on the beach is least of their problems.

–Jonah Jeter ‏(@jonahjeter): all ‪#chs‬ beaches are public beaches. the decision should not be left up solely to Folly residents

–Kevin ‏(@KevinAllenSmith): Is there a way to just ban douchebags from Folly instead?

–Will Bullock (@houseofbullock): That’s probably why there aren’t dissenting voices at this meeting: the dissenters are chilling out with a beer somewhere

–Will Bullock ‏@houseofbullock: Hearing Oprah just slammed a 12-pack, then drop-kicked 2 cops on Folly Beach. Can anyone confirm? #chs

–Topher Cassidy: Leave it to a bunch of jacka$$es to screw it up for everyone.

–Rachel Sneed: Pretty sad that a bunch of 20 yr old jerk-offs can ruin it for all.

–Danielle McBain ( @ddmcbain): First it’s drinks from solo cups only. Then no glass. Then the parking. Soon Folly Beach is going to be a gated community!

Folly Booze Ban: How Did We Get Here?