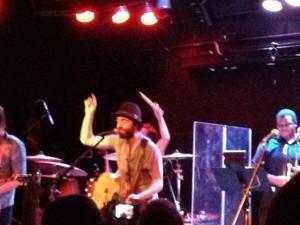 Concerts are filled with thousands of moments, but some are far more telling than others. It only took a few songs into the first set of Crowfield’s two-night stand at the Windjammer for the defining moment of the weekend to occur.

The band was celebrating the impending release of the latest album in their catalogue, “The Diamond Sessions,”  with back-to-back “thank you” shows for their fans. The loyal fan base pledged nearly $20,000 in a Kickstarter campaign that made the album possible and Crowfield wanted to show their appreciation.

Six songs into their sold-out Friday show, it was clear the appreciation was mutual. Sure the band and crowd had been rocking out from the start, but when “Three Short Words” was played, rock magic occurred.

The new tune was released on Facebook just a few days before, but a substantial section of the crowd was loudly singing along to each word. The fact that the album itself wasn’t even officially released yet made this moment even more impressive. Clearly, Crowfield’s fans love the band’s music and in only a few days had devoured the new track and committed it to memory. There were plenty more great moments throughout the rest of the weekend, but for me, that was the most special.

From there the band rifled through a balanced set of old favorites and new songs giving each person in the crowd something to enjoy. One surprise was the inclusion of a horn section on select tunes. The addition of Zach Taylor (Trumpet), Simon Harding (Saxophone) and Cameron Handel (Trumpet) gave Crowfield’s live performance a little extra power, not that they needed it. 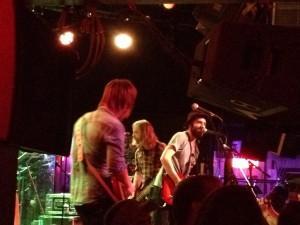 The energy coming from the band was just as intense as the crowd’s, especially from lead singer/guitarist Tyler Mechem and guitarist Micah Nichols. Mechem’s voice sounded great, especially on songs like “Bigfoot” where he flawlessly moved from his normal crooning to falsetto and back. He was also engaging with the fans, constantly thanking them and sharing a story or tw0. While Mechem was bobbing around the stage, Nichols intensely played before periodically popping up to provide backing vocals.

Parker Gins (drums) and Ethan Ricks (bass) provided the steady backbone for the band while Whitt Algar complemented everyone on the keyboard.

By the end of the weekend it was clear these performances were the exclamation point at the end of the band’s current journey. The process of completing “The Diamond Sessions” and embarking on a supporting tour is finally underway. The story certainly isn’t done, but the long journey to this point was completed with a impressive crescendo.

It was a special weekend for both band and fan. There were many great moments, but none more poignant than what occurred on the first night.

See below for the full setlists from both nights and head HERE for a video of “Bigfoot” from the 6/23 show.

Too Early To Say

Story of a Scar 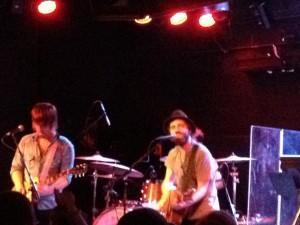 Love Is Hell On The Lonely

Jesus In My Pocket

Young Until We Die

Love Is Hell On The Lonely

Jesus In My Pocket

What Did I Do?

Give It To You

Listen to a Dangermuffin Concert for Free!