One of the most gratifying Charleston events took place earlier today and I was excited to be there for the second time. The Sea Turtle Rescue Program from the South Carolina Aquarium invited everyone out to the Isle of Palms to witness the release of two loggerhead turtles back into the ocean. I really enjoyed my previous experience with this event (back in October of 2011), so I jumped at the chance to attend today’s version. It was extra exciting because Jammer, a turtle I had written about previously, was one of the lucky loggerheads heading back into the Atlantic after spending over a year in the Sea Turtle Hospital. Joining Jammer was Hamlin Creek, who was found almost a year ago with a bad skin infection.

There was a much bigger crowd this time around and everyone in the crowd was bursting with excitement. The turtles were lifted out of their make-shift tanks and allowed to make their way down the beach and into the crashing waves just off of the Isle of Palms Pier. Iwas able to snap a few pictures, which you can find below. 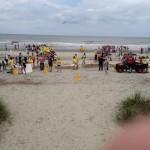 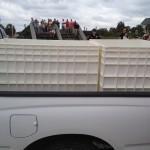 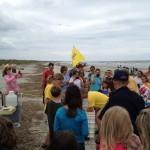 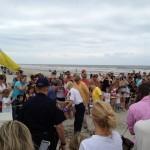 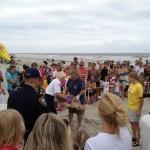 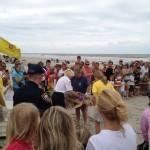 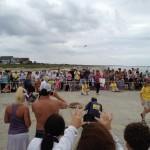 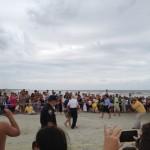 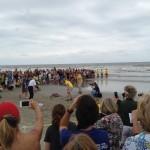 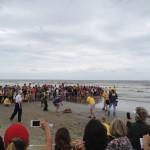 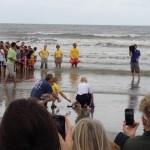 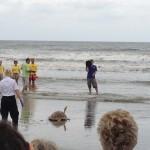 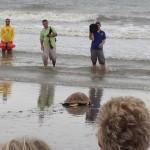