Guitar virtuoso Tim Reynolds brought his band TR3 to the Windjammer this past Sunday night and the group led the crowd in a rock and roll service. Reynolds kept thanking the crowd for showing up for the Sunday night show and referenced gospel music, covered “Jesus is Alright” and mentioned other religious themes as the night crept closer to Monday.

The crowd was timid at first, but TR3 quickly convinced them to fill the dance floor. With everyone crowding the stage, the Windjammer began to resemble a gospel service (even if the music wasn’t entirely church-friendly). The band kept the crowd entertained with their mix of rock, metal, and even reggae sounds. They had the crowd laughing at their on-stage demeanors throughout the night as well. Bassist Mick Vaughn seemed hell-bent on making as many people laugh as possible – especially his bandmates. Vaughn was dancing humorously and continually making faces at Reynolds and drummer Dan Martier, which kept the group all smiles.

TR3 played about 20 songs including crowd-favorites “Indoctrinate,” “How Many More Times,” “Kashmir,” and “Hocus Pocus.” Even though these songs were highlights, the band played all their tunes flawlessly.

The face-melting music and TR3’s antics made for a memorable show that the small crowd relished. It may have been late on a Sunday night, but most hung around and worshipped at the makeshift altar of rock until the end of TR3’s set. 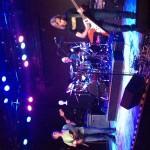 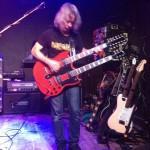 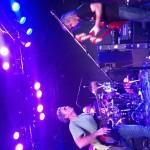 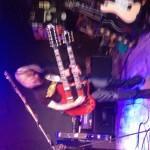