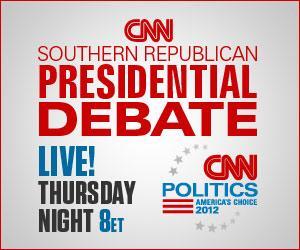 Tomorrow (Thursday 1/19/12) is the South Carolina Republican Presidential Debate at the North Charleston Coliseum. Presidential hopefuls Mitt Romney, Newt Gingrich, Rick Perry, Rick Santorum, and Ron Paul will debate current issues just two days before the South Carolina primary. (Jon Huntsman was also slated to appear before announcing he was suspending his candidacy). The debate was invitation only but you can catch it on CNN starting at 8 pm.

The Charleston event comes just two days after a testy debate in Florence, which one journalist described as “ugly.”

Putting the ugliness aside… check out these cool videos of the Coliseum being transformed ahead of the debate HERE and HERE.

***UPDATE 1/19/12*** Rick Perry announced he is no longer running, so he will not be in attendance tonight

Charleston on The Daily Show