I was fortunate enough to attend the South Carolina Aquarium’s Sea Turtle Release on Friday at the Isle of Palms. McClellan, a 230-pound female loggerhead sea turtle was released back into the ocean after spending a few months in the Sea Turtle Hospital. McClellan ended up in the hospital after she was caught in a crab trap rope near McClellanville. The accident ended up costing her one of her flippers, but she recovered well enough to return to the wild.

She was a little reluctant at first, but after some help from the Sea Turtle Rescue Team, McClellan was on her way! Here are some pictures I took of the event. 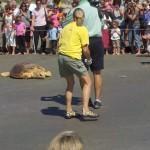 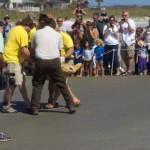 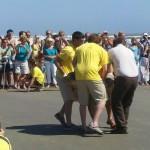 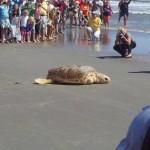 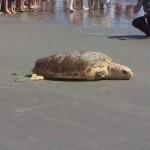 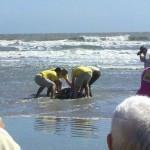 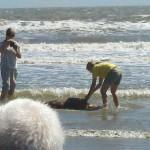