About a month ago, Ms. Holy City Sinner and I celebrated Valentine’s Day by going out for dinner at the Original Ms. Rose’s in West Ashley. I have no idea who Ms. Rose is, but her restaurant certainly did not disappoint.

Although the namesake appears to be an elderly woman, the restaurant and dishes all had a modern flare. The location reminded me of a futuristic ski lodge due to it’s focus on wood beams and furniture. There were also projection screens displaying random, but aesthetically-pleasing photos.

I ordered a Cucumber Martini to start the night off. The drink included a delicious house-infused cucumber vodka, lemon, basil, and mint. I loved it and at $6 it didn’t completely break the bank for a cocktail. Ms. Rose’s also had a decent draft and wine list available.

The menu featured some tasty sounding food, but sadly there was no way I could order it all. I decided to go with the Jamaican meat pies and one of the specials they had that night – a spicy pork soup.

The meat pies came with an avocado dressing, but I ate most of the patties without any. They had just a little bit of spice and were very good. They would be a great bar snack if you’re just having a couple drinks with friends.

The soup had a few large pork meatballs and a thick, spicy broth. If you don’t like your food to have a little kick, then steer clear. I don’t mind the heat, so I certainly enjoyed this offering.

Ms. HCS went with the grilled chicken with mac and cheese and some veggies. Her chicken was cooked perfectly – very tender and flavorful. The mac and cheese was also very good, but I was most impressed by the chicken.

For dessert the restaurant had shakes, cakes, and pies. I don’t remember exactly what we got, but they were great.

I don’t have a single complaint about the place. Plus, our waiter was awesome throughout the meal. He was helpful and offered specific suggestions. He definitely knew the menu and it was clear he has eaten many of the dishes there. I definitely recommend checking out the Original Ms. Rose’s. 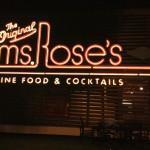 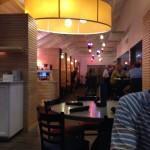 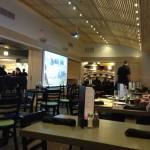 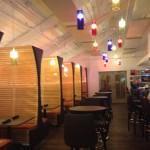 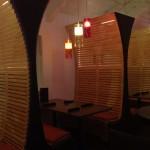 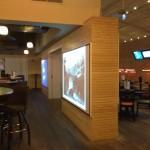 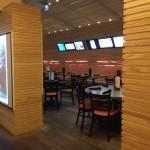 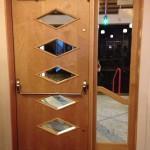 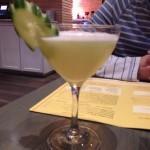 Vote for the South’s Best Ribs